Soybean futures contracts on the Chicago Board of Trade (or CBOT) for January expiry rose by 1.1% and settled at $8.90 per bushel on January 12, 2016. Soybean futures prices rose due to the lower-than-expected yield reported in the USDA’s (U.S. Department of Agriculture) monthly WASDE (World Agricultural Supply and Demand Estimates) report. 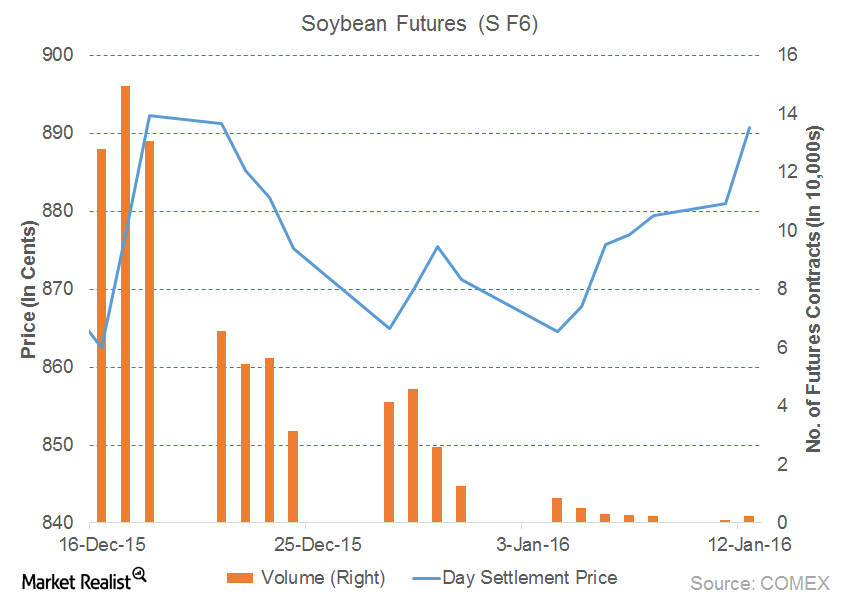 Lower-than-anticipated yield and carry-out adversely affected US soybean supply sentiment on January 12, 2016. It boosted soybean prices on the day.

The USDA’s National Agriculture Statistics Service released grain inventory data for the September to November 2015 quarter. Soybean inventories were 2.71 billion bushels, lower than the consensus estimate of 2.72 billion bushels as of December 1, 2015. This was higher than December 2014 inventories by 14%.

Fertilizer companies benefit from the rise in soybean prices, as it supports farm income and fertilizer sales. With the increase in soybean on January 12, 2016, Sociedad Quimica y Minera de Chile (SQM) and Enterprise Products Partners (EPD) rose by 2.8% and 1.0%, respectively.