At this year’s Consumer Electronics Show, or CES, Lenovo (LNVGY), in partnership with Google (GOOGL), announced the development of the first consumer mobile device using Google’s Project Tango technology. The device is expected to be launched by July 2016. The smartphone will be powered by Qualcomm’s (QCOM) Snapdragon processor. Per Lenovo’s press release, “Google’s Project Tango is a technology platform that uses advanced computer vision, depth sensing, and motion tracking to create on-screen 3D experiences, allowing users to explore their physical environments via their device.” 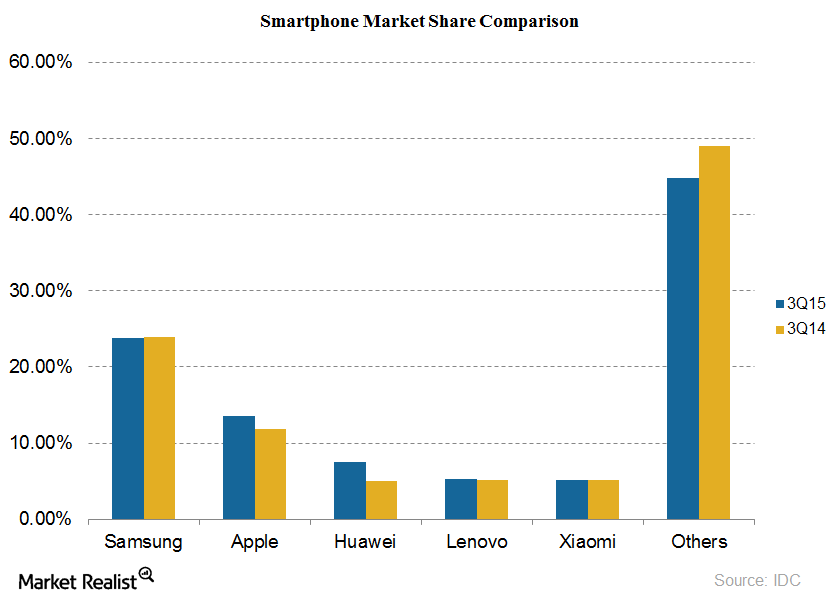 The smartphone device is likely to be priced below $500 with a display size under 6.5 inches. The three companies will work closely to optimize the software and hardware, ensuring that customers get the most out of the much-awaited Project Tango platform.

As seen in the chart above, Lenovo’s share in the global smartphone market was 5.2% at the end of 3Q15. Samsung (SSNLF) and Apple (AAPL) led this segment. It will be interesting to observe the impact of Project Tango on Lenovo’s smartphone sales in the future.

Lenovo: The smartphone will help create a holistic product experience

“To break new ground in today’s hypercompetitive smartphone and tablet industries, we must take innovation risks—it’s the only way to truly change the way people use mobile technology,” says Chen Xudong, senior vice president and president, Mobile Business Group, Lenovo. “Together with Google we’re breaking down silos by working across mobile hardware and software. Turning our shared vision into reality will create a more holistic product experience that captures the imagination of today’s consumer.”