Helmerich & Payne’s (HP) net debt to trailing-12-month EBITDA (earnings before interest, tax, depreciation, and amortization) was negative in fiscal 4Q15 due to negative net debt. In fiscal 4Q15, HP’s net debt-to-EBITDA multiple was -0.18x. It was unchanged over fiscal 4Q14. 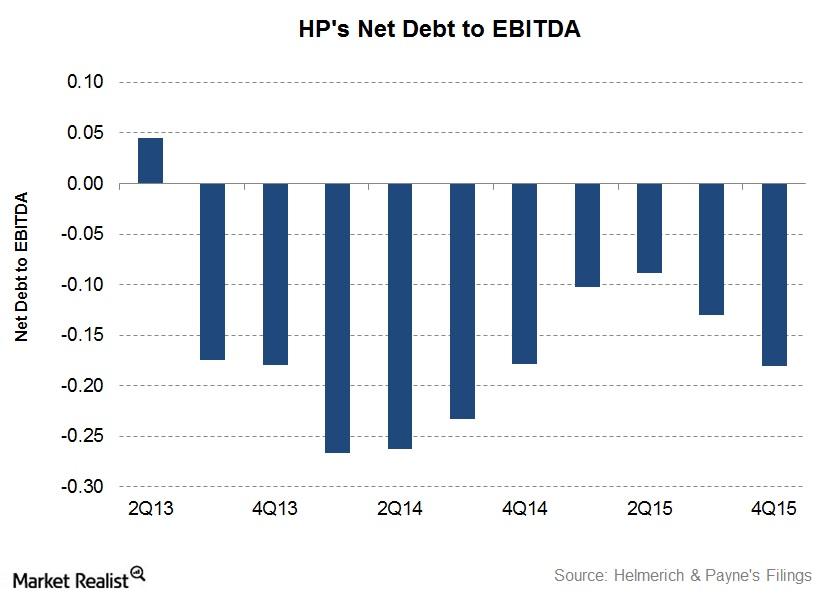 In fiscal 2015, HP issued $500 million in new debt in anticipation of expenditures associated with its rig construction program. From fiscal 2Q13 to fiscal 4Q15, the company’s cash and marketable securities exceeded its total debt. This led to negative net debt.