Germany’s December inflation rate is expected to be 0.3%

According to Germany’s Federal Statistical Office (Destatis), Germany’s December inflation rate is expected to come in at 0.3% on a YoY (year-over-year) basis as compared to 0.4% in November 2015. On a monthly basis, it is expected to have fallen 0.1% in December 2015. Given that Germany is one of the dominant economies of Europe, its inflation rate falling close to zero is not a good sign for the overall growth of the Eurozone. 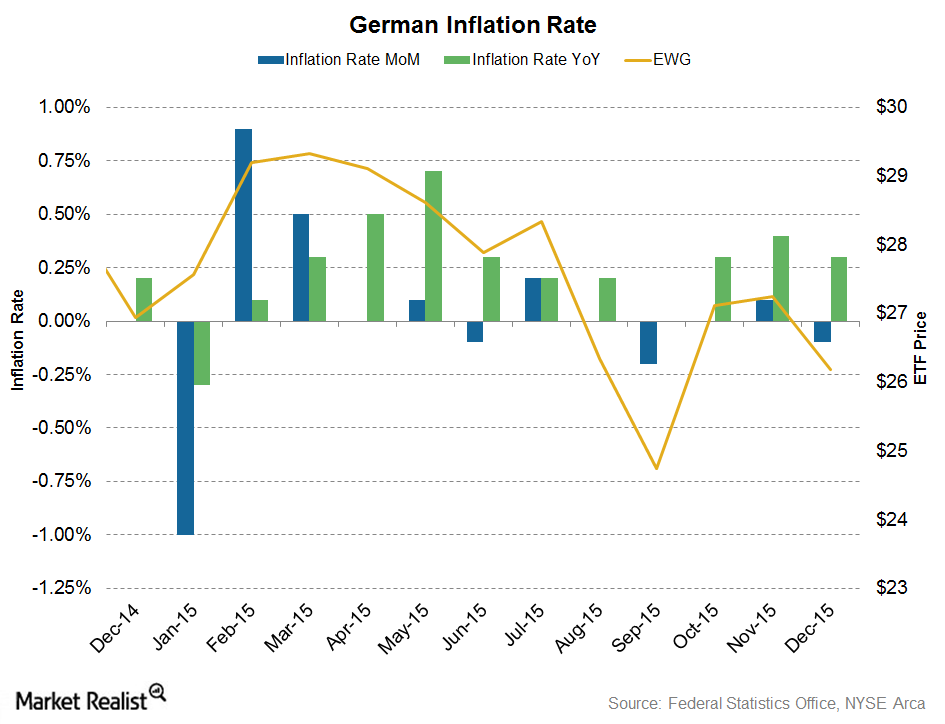 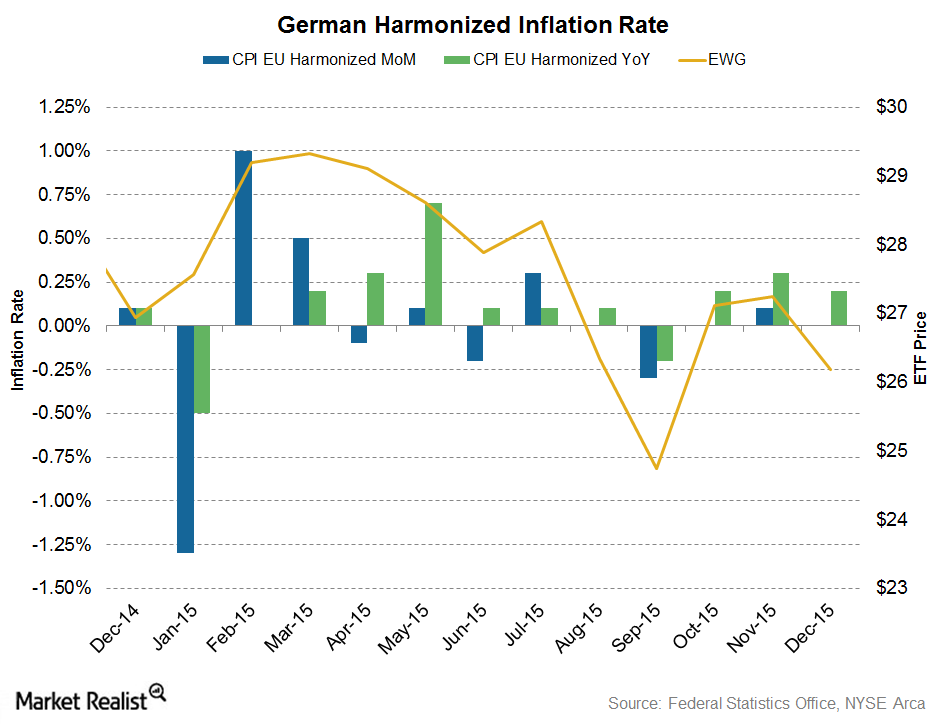 Germany’s December HICP is expected to have risen 0.2%

Also, falling crude oil prices are offsetting the inflationary pressure in the economy and are negatively impacting growth prospects. Energy prices declined at a slower rate in December, falling 6.5% as compared to the 7.5% drop in November.

Lower inflation is likely to adversely impact everyone in the economy. Long-term low inflation is as destructive as high inflation. Tumbling price levels slash corporate profits, which in turn lead to layoffs and an increase in unemployment. Germany’s unemployment rate came in at 4.5%, per the last report in November 2015.

Germany’s inflation rate staying low is highly disappointing against the backdrop of the quantitative easing measures undertaken by the European Central Bank, or ECB, to spur economic growth. With the extended stimulus, it will be interesting to see how soon Germany comes out of the low inflation trajectory.

In further Eurozone news, Italy has also released inflation data. We’ll take a look at these figures in the next article.