The Fed prefers to use the PCE (personal consumption expenditure) index over the CPI (consumer price index) to guide its decisions, as the former measures inflation. 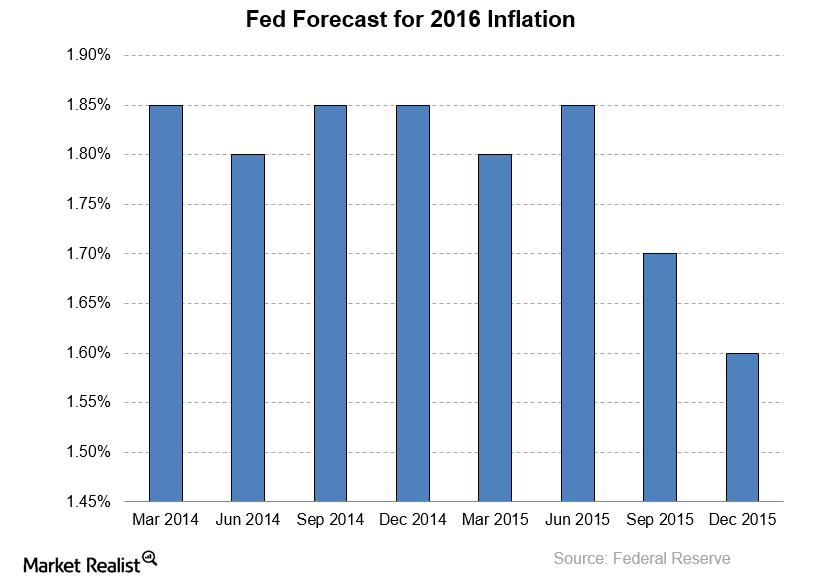 There are a few differences between the two indexes. The PCE index is updated more often, and it takes other factors into account such as employer expenditures on healthcare and substitution between goods. The CPI is based on what people say they’re buying, and it isn’t adjusted as often.

The Fed keeps taking down its inflation forecast

At the December meeting, the Fed took down its 2016 inflation forecast from 1.7% to 1.6%. The stronger dollar is affecting commodity prices and imports, and that’s keeping a lid on inflation. In all reality, we probably won’t see much inflation until wages pick up. The latest couple of jobs reports show that wages are rising modestly.

Inflation has consistently run below the Fed’s 2% target. However, the Fed views the effects of the dollar and low commodity prices as transitory. Of course, if the Chinese economy implodes, inflation will probably remain muted.