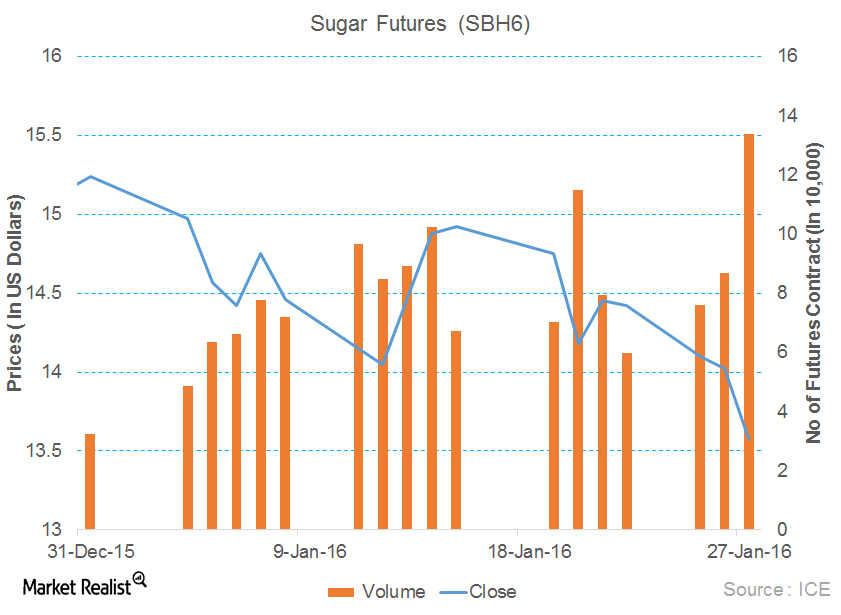 Dry weather conditions are unfavorable for the sugarcane crop, as it requires higher moisture conditions. The weather in the Brazilian sugar-producing regions is anticipated to be favorable for the week ending January 31, 2016. The hot and dry weather is expected to turn to cool and rainy.

Shipping agency Williams Shipping noted in a report that weekly scheduled exports from Brazil rose by over 5% week-over-week to 943,000 metric tons for the week ended January 27, 2016. The rise in shipping suggests higher output and supply. Speculation of an extended exportable sugar crop hurt sugar prices on January 27.