Companies in the storage systems space had a difficult year in 2015. Storage hardware product sales fell YoY (year-over-year). According to market research company International Data Corporation (or IDC), revenues for external disk storage systems fell 2% YoY to $11.2 billion in the first half of 2015. In 2014 revenues fell 0.4% YoY to $24.5 billion.

Clients are now shifting toward low-cost, original design storage boxes, which has impacted revenues of large storage system vendors. IDC stated that although overall revenues have fallen, smaller companies have witnessed growth in this sector. 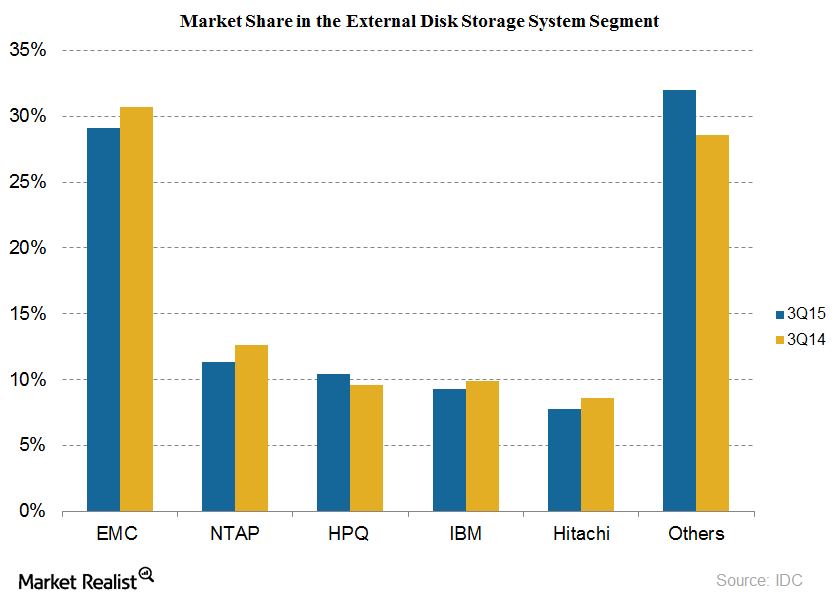 Last year, the major highlight for EMC was its merger announcement with Dell for $67 billion. The combined entity is projected to have a market share of 35% in the storage systems space. However, analysts believe that large manufacturers such as EMC will have to provide storage solutions at cheaper rates to avoid losing market share to smaller vendors as well as to sustain product sales in a relatively slower market environment.