Affiliate fees are under increasing pressure due to pay-TV operators’ loss of subscribers. Subscriber losses are a worry for ESPN because, according to the contractual agreements with its distributors like Dish Network (DISH), affiliate fees are amended if subscribers drop below a certain level. 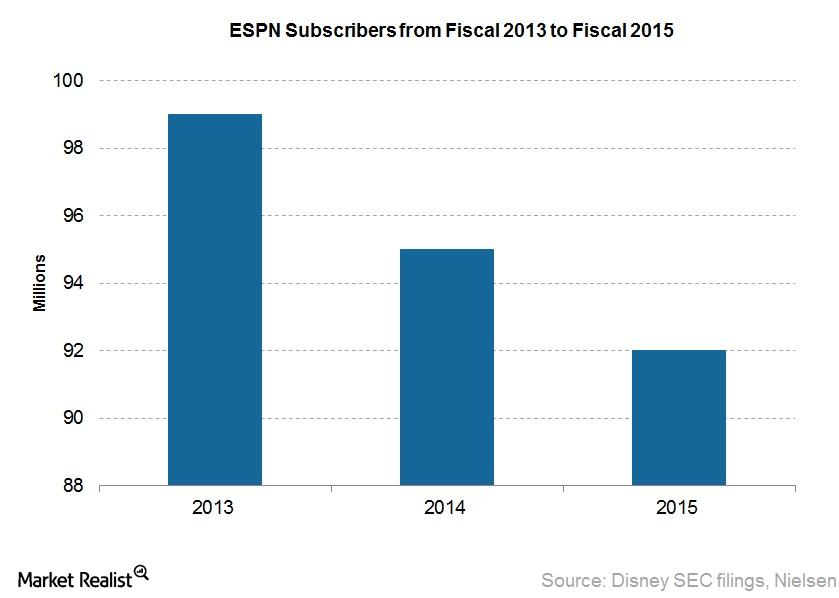 Cost pressures are also on the rise for ESPN