In the previous part of this series, we discussed how hard BlackBerry (BBRY) is trying to increase the distribution of its flagship PRIV smartphone by partnering with telecom providers and launching it in as many countries as possible. But all these efforts likely won’t be enough to grow its smartphone business. 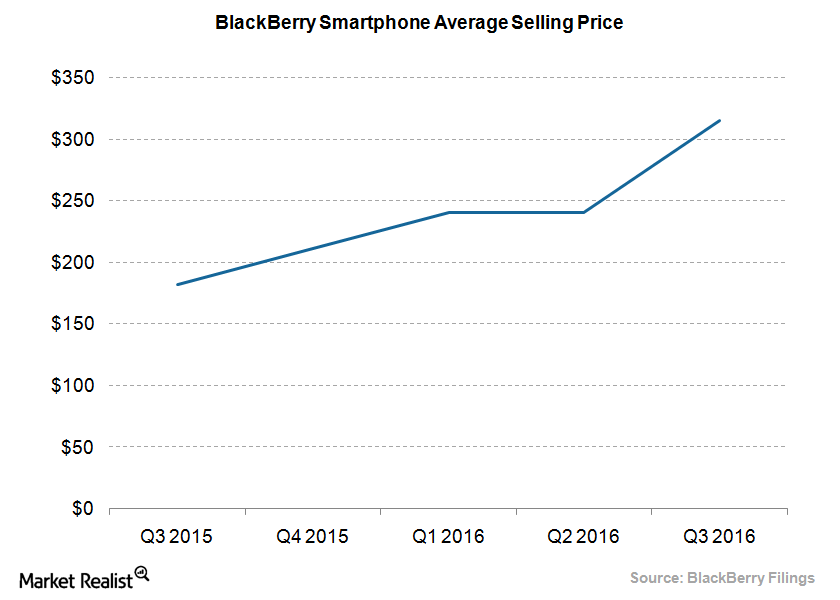 The trend of increasing ASP could break this quarter

In addition to slow distribution growth, BlackBerry has publicly announced that it will have to cut PRIV pricing in order to remain competitive. This approach will most likely impact the average selling price of BlackBerry’s smartphones. As the chart above shows, the PRIV’s higher pricing helped BlackBerry grow its ASP last quarter.

Interestingly, BlackBerry’s ASP has continued to increase over the last few quarters. Last year, the launch of BlackBerry’s higher-priced smartphones, the Passport and Classic, helped push up its average prices. Another reason for the increase in average prices was the launch of the Leap smartphone for $275 in March 2015. This smartphone was first released in emerging markets (EEM) like Indonesia and then in developed markets like the United States and Europe.

However, with no new smartphone releases in the near future, BlackBerry’s ASP could certainly fall in fiscal 4Q16.