Usually, when a company releases an update on key indicators like same-store sales growth, we have to also look at how the analysts interpret the data and make changes to their estimates. Changes in analyst estimates are important because these move the stock. Now let’s take a look at recent analyst revisions for Yum! Brands (YUM). 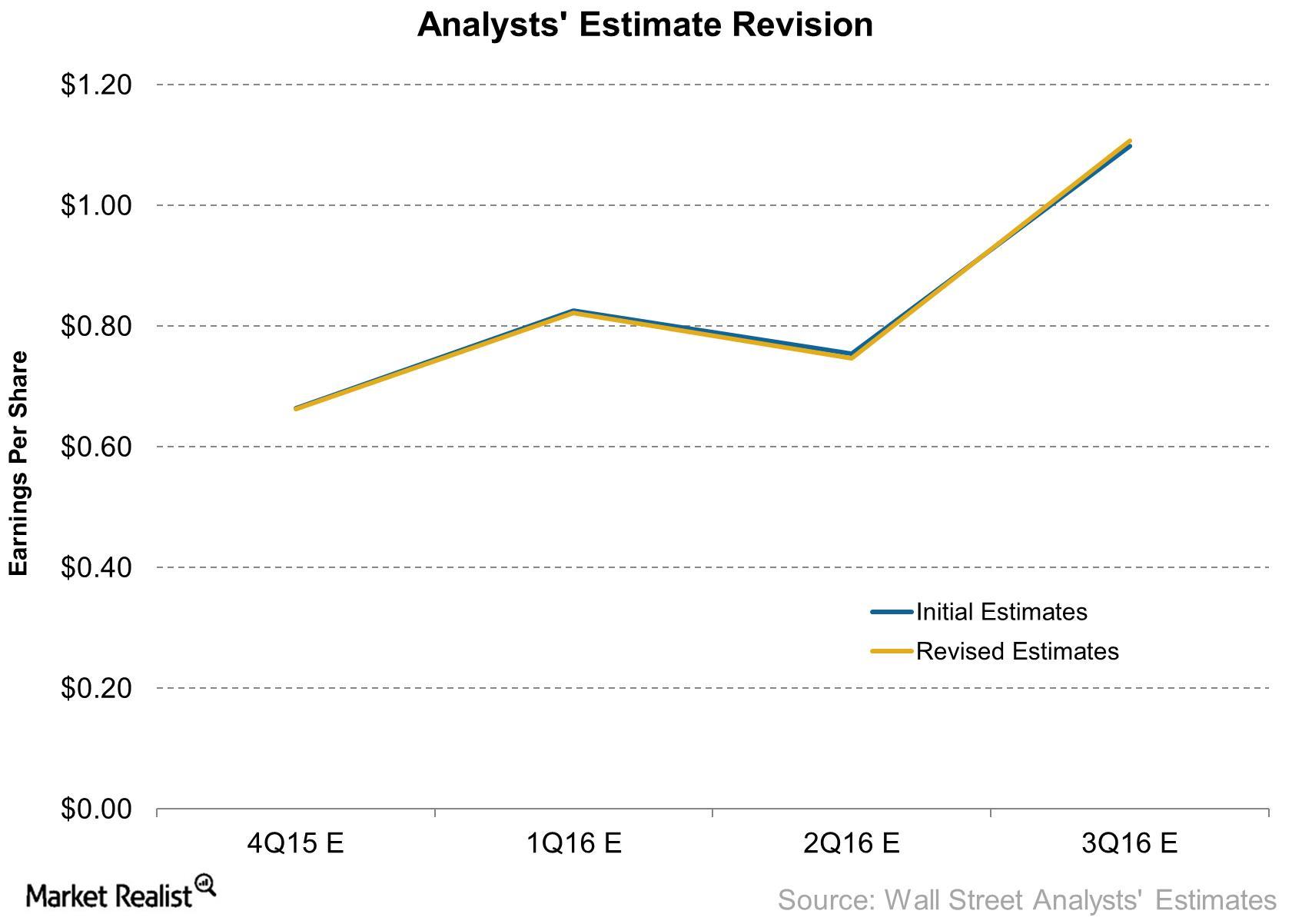 For the next four quarters, analysts have revised their estimates for Yum! Brands slightly downward to $3.34, which represents a mere 0.12% decline in estimates. The latest same-store sales growth data did not have much impact on analysts’ outlook for the company over the next 12 months.

Yum! Brands, which is expected to release its 4Q15 earnings on February 3, 2016, had provided a 4Q15 guidance of same-store sales to be in the range of 0%–4%. Bear in mind that the company reported 2% growth in the 4Q15 quarter in its January 12 same-store sales growth update. And this management’s guidance was already included in analyst estimates. However, without much color on the January 12 update, analysts have little to act upon to revise their guidance.

You can get exposure to Yum! Brands through the Consumer Discretionary Select Sector SPDR ETF (XLY). McDonald’s Corporation (MCD), Starbucks Corporation (SBUX), and Chipotle Mexican Grill (CMG) make up about 8% of XLY’s portfolio.

But given the above information, we’ll need to look at analyst recommendations and ratings as well as Yum! Brands’ price target. Continue to the next part for more analysis.