In this part of the series, we’ll look at Sprint’s (S) network performance in Wichita. According to the carrier’s press release on December 15, 2015, “Independent mobile analytics firm RootMetrics® has just released a new RootScore® Report showing Sprint now has a #1 network in Wichita.” It also stated that “This is the first time Sprint has received the Overall RootScore Award in Wichita.” 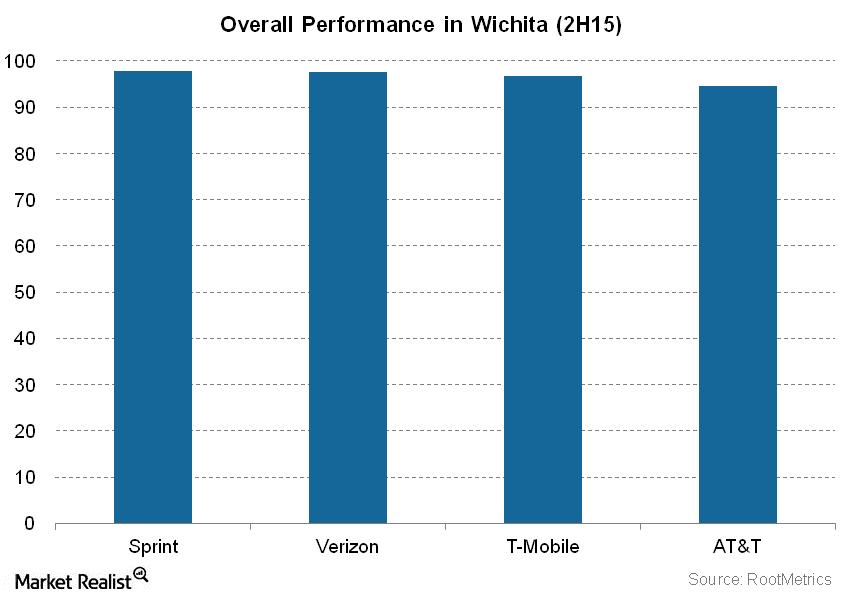 According to RootMetrics’ results for Wichita, Sprint shared the first place with Verizon (VZ) for overall network performance in 2H15. Earlier in 1H15, Verizon and Sprint placed first and second, respectively, in this category for the market. In 2H15, T-Mobile (TMUS) and AT&T (T) retained their 1H15 places. T-Mobile and AT&T placed third and fourth, respectively, for overall network performance in this market in 2H15.

Based on RootMetrics’ 2H15 results for the market, Sprint’s relative ranking in the network reliability metric improved by one notch in the market from its position in 1H15. The carrier shared the top spot in this metric with Verizon and T-Mobile for the market in 2H15.

For diversified exposure to Sprint, you may consider investing in the iShares US Telecommunications ETF (IYZ). The ETF had ~3.9% of its holdings in Sprint at the end of October 2015. The top four US wireless carriers made up ~30.1% of this ETF on the same date.