In its Weekly Petroleum Status Report released on November 18, 2015, the EIA (U.S. Energy Information Administration) reported that distillate fuel inventories fell by 0.8 MMbbls (million barrels) to settle at 140.3 MMbbls for the week ended November 13, 2015. Inventories were 141.1 MMbbls for the week ended November 16. They’re in the middle of the five-year average range for this time of year. 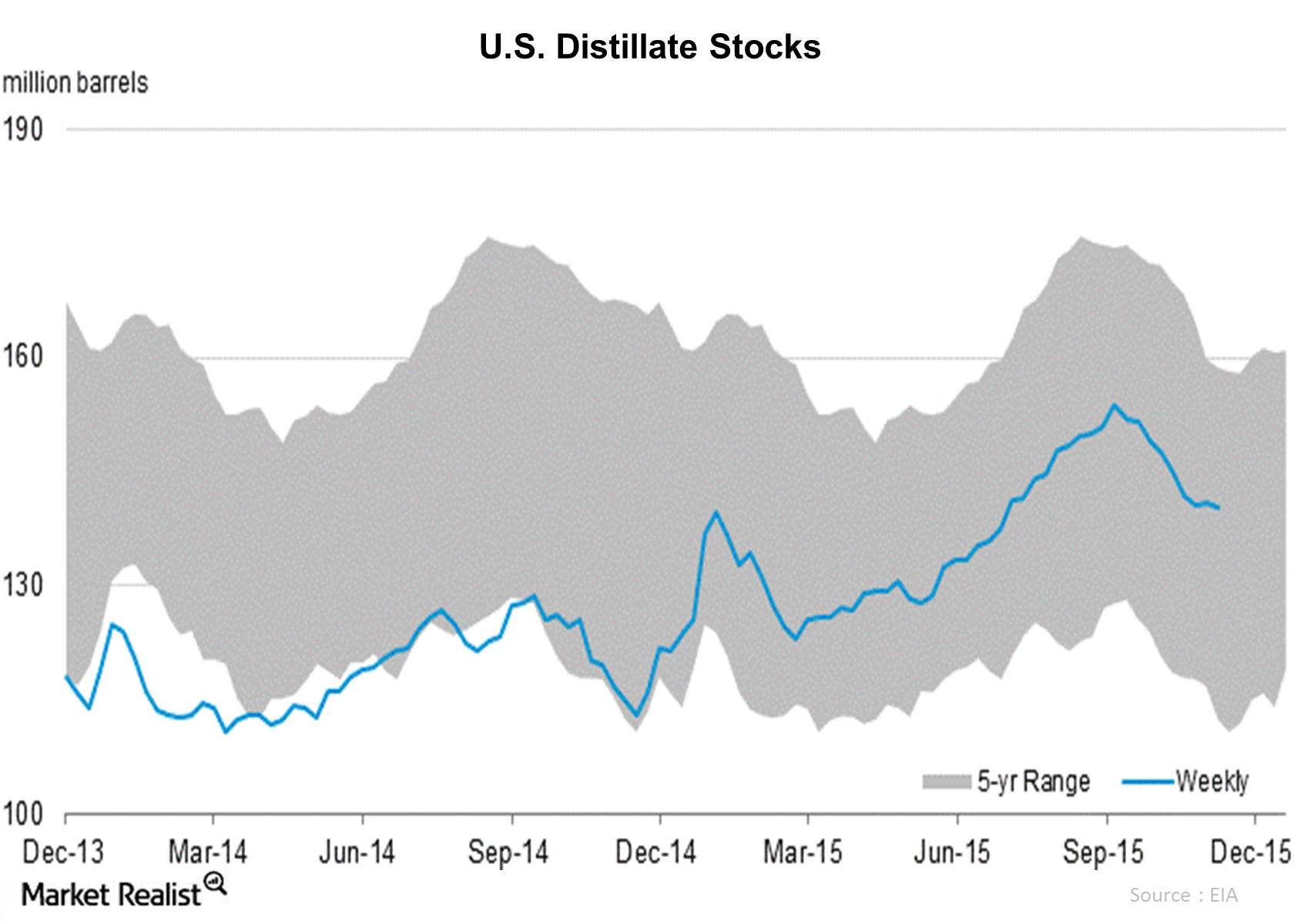 What does this mean?

Distillate demand has been volatile for the past four weeks. Distillate production and imports for the week ended November 13, 2015, rose collectively by ~0.14 MMbpd. Distillate inventories fell 0.8 MMbbls, which indicates a growing distillate demand as winter approaches.

Distillate prices fell $0.03 per gallon, which indicates that distillate inventories are more than the requirement. Forecasts about less heating degree days also caused distillate prices to tumble. A growing distillate demand is a good sign for refiners.

Who gains? Who loses?