In the previous part of this series, we learned that on an adjusted basis, Sprint’s (S) losses fell year-over-year (or YoY) during its fiscal 2Q15. However, the telecom (telecommunication) company’s losses were higher than anticipated by Wall Street’s analysts. 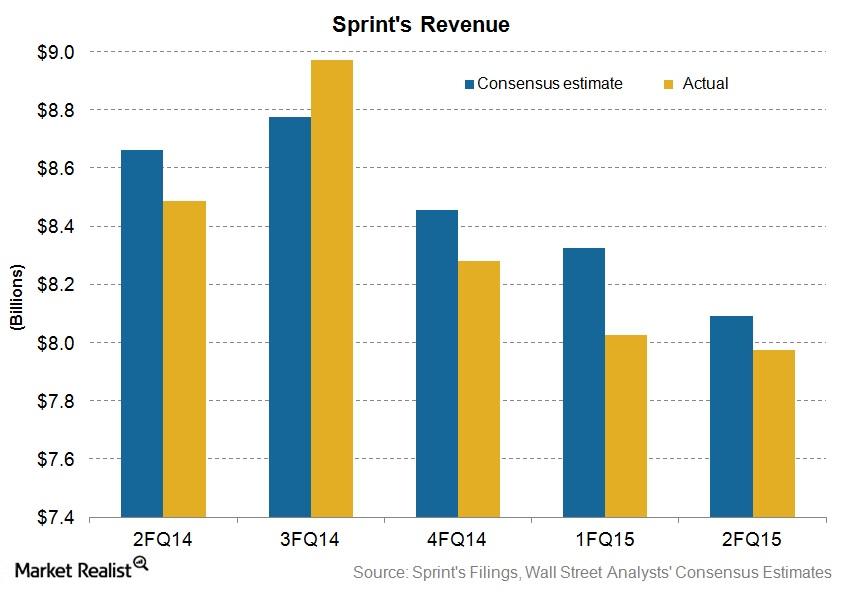 As you can see in the chart above, Sprint’s revenue has been less than Wall Street analysts’ expectations for three quarters in a row. In fiscal 1Q15 and fiscal 4Q14, Sprint’s revenues were ~3.6% and ~2.1% below consensus estimates, respectively.

Sprint’s revenue fell at a slower pace in fiscal 2Q15

For a diversified exposure to Sprint, you may consider the iShares US Telecommunications ETF (IYZ). The ETF had ~3.5% of its holdings in the US wireless telecom player at the end of September 2015. It also held a total of ~28.1% in the top three US wireless players AT&T (T), Verizon (VZ), and T-Mobile (TMUS).