Sprint (S) addressed pressure on its liquidity from leasing devices by making an agreement with Mobile Leasing Solutions (or MLS) amounting to ~$1.1 billion in cash consideration.

According to Sprint’s press release on November 20, 2015, “The transaction, which is expected to close in the first week of December, will immediately improve the company’s liquidity position and the funding comes at an attractive cost of capital, which is well below Sprint’s alternatives in the high-yield debt market.” As per the company, these leased devices are iPhones. 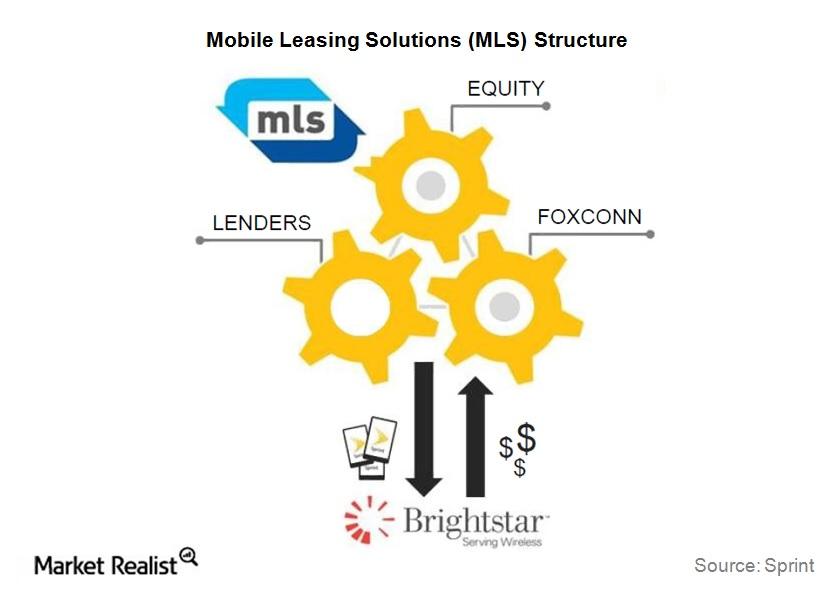 According to Sprint, MLS’s shareholders include six leasing companies and SoftBank. Note that SoftBank is Sprint’s majority shareholder. It holds ~79.5% in Sprint.

Regarding Brightstar’s role in MLS, Sprint’s press release stated, “Brightstar Corp. through its Financial Services Business provided support in structuring the transaction, including assisting in the formation of Mobile Leasing Solutions, LLC which is utilizing Brightstar’s Lease Management and Tracking System. Brightstar has also been contracted to provide reverse logistics and device remarketing services, which will include a forward purchase agreement that is being finalized with Foxconn.”

At the end of fiscal 2Q15 (the September quarter), Sprint had ~$3.6 billion in leased devices in its net property, plant, and equipment. During the quarter, the company added ~$780 million to this figure.

The telecommunication company attributed the sequential expansion in its leased devices figure during fiscal 2Q15 to a high adoption of its leasing plans. According to the company, 51% of its postpaid device activations came from leasing during the quarter.