Previously we saw how PotashCorp’s (POT) potash segment’s shipments grew in 3Q15. Prices along with shipments impact revenue, so despite a decline in shipments, an increase in average selling price can help boost revenue. Let’s look at how selling prices have fared during the quarter and where they are headed. 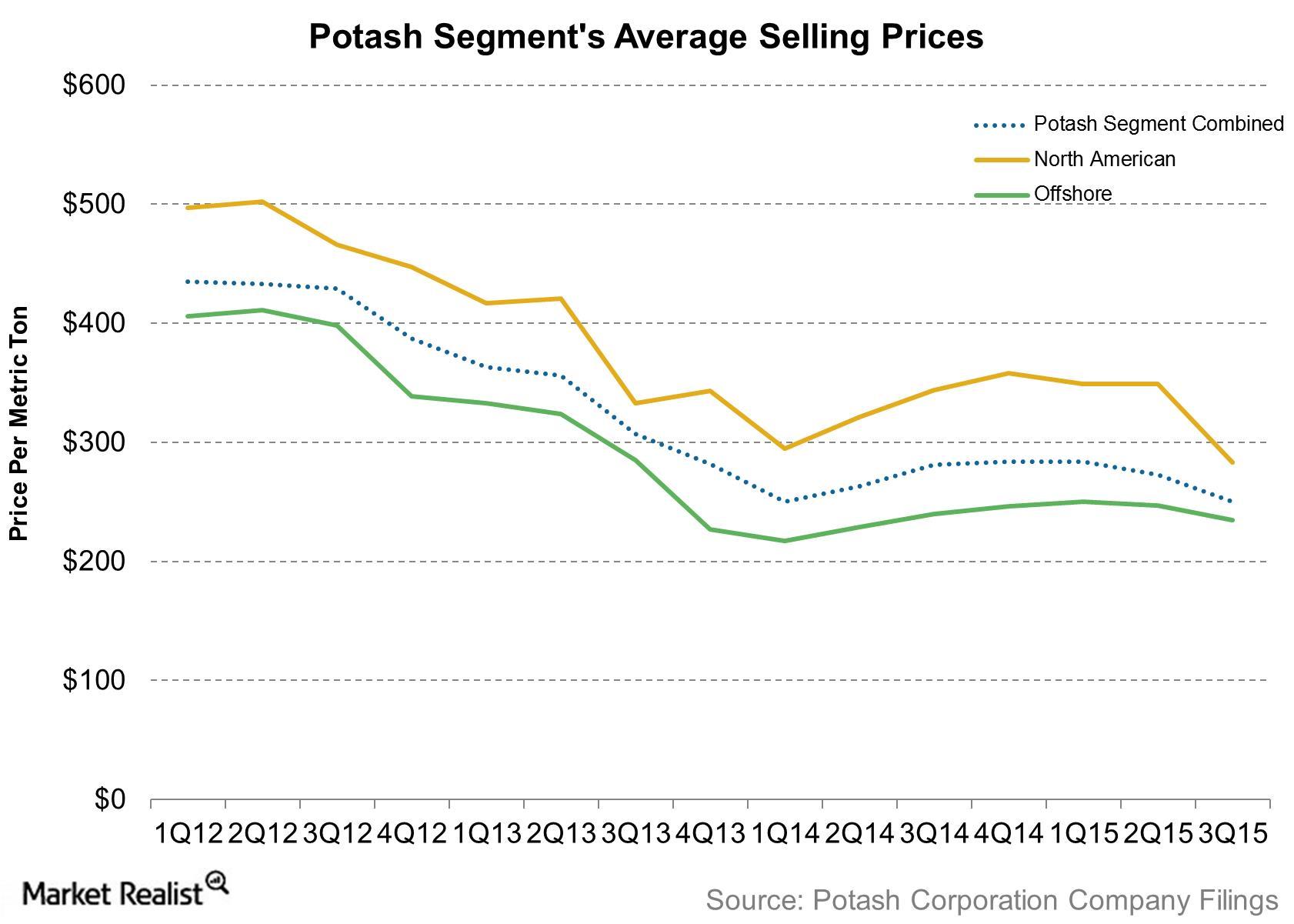