Shammo said, “You are now seeing people by up in more buckets. And of course, with the shareable plan and with some of the things that we are launching around the usage, if you look at just the video consumption on the handset, our data growth is 75% year over year on the 4G LTE network and it’s handling 87% of the data traffic.” 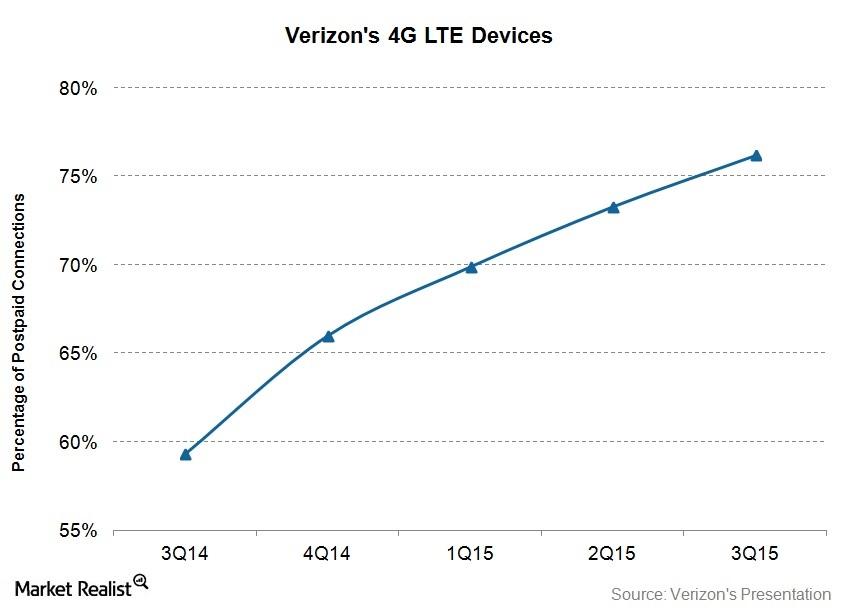 During the conference, Shammo also highlighted the impact of overall 3G (third generation) to 4G LTE cost efficiencies. He mentioned that compared to 3G, lower cost per megabit of data on the 4G LTE network is positively affecting margins despite a fall in data service revenue per megabit.

Instead of taking direct exposure to Verizon’s stock, you may choose to take diversified exposure to the telecom company by investing in the iShares MSCI USA Minimum Volatility ETF (USMV). The ETF held ~1.4% in Verizon at the end of September 2015.