Base metals had a bad start because of the strong dollar

All base metals started the week on a bad note, but copper, aluminum, and nickel were trading at their multiyear lows at the beginning of the week. The Russian military plane that was shot down, the stronger dollar, and China probing into short selling were the main drivers of base metal prices in the week ending on November 27. Quickly recovering from the bad start, base metals prices had a brief recovery in the middle of the week but drifted to lower price levels by the end of the week. 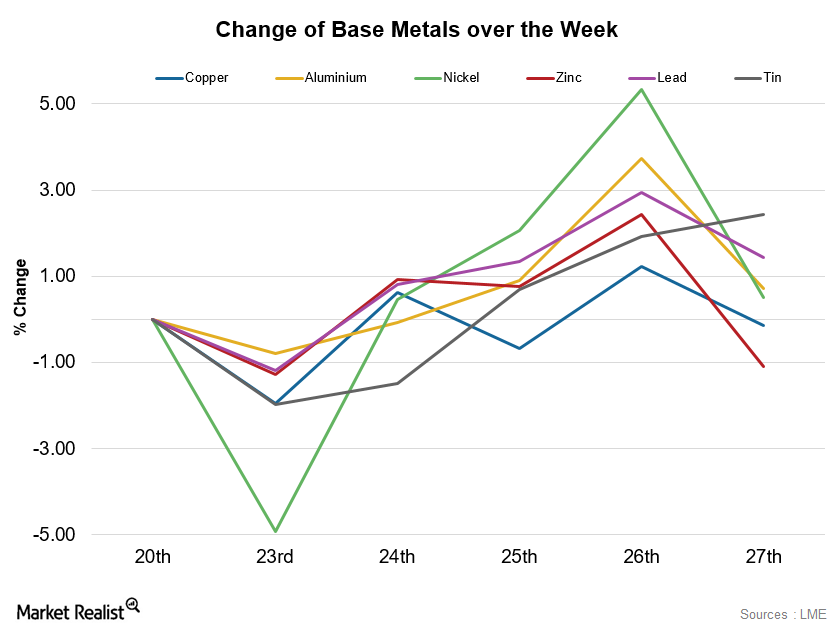 In the week ending on November 27, all base metals closed in the red on the first trading day of the week. The base metals drifted to their multiyear lows on Monday, November 23, because of the strong US dollar. Copper along with all other base metals shot up on Tuesday after Turkey shot down a Russian warplane. Copper quickly reacted to this news and shot up more than 2%. The positive momentum continued because of the positive news from China. On Thursday, November 26, copper and other base metals shot up on news about China’s plans to probe recent short selling in copper. However, this momentum was short-lived, and all major base metals drifted lower on Friday.

For further reading on how copper and the base metal miners reacted to the Russian warplane incident, please read Copper and Miners React to Russian Warplane Shot Down.