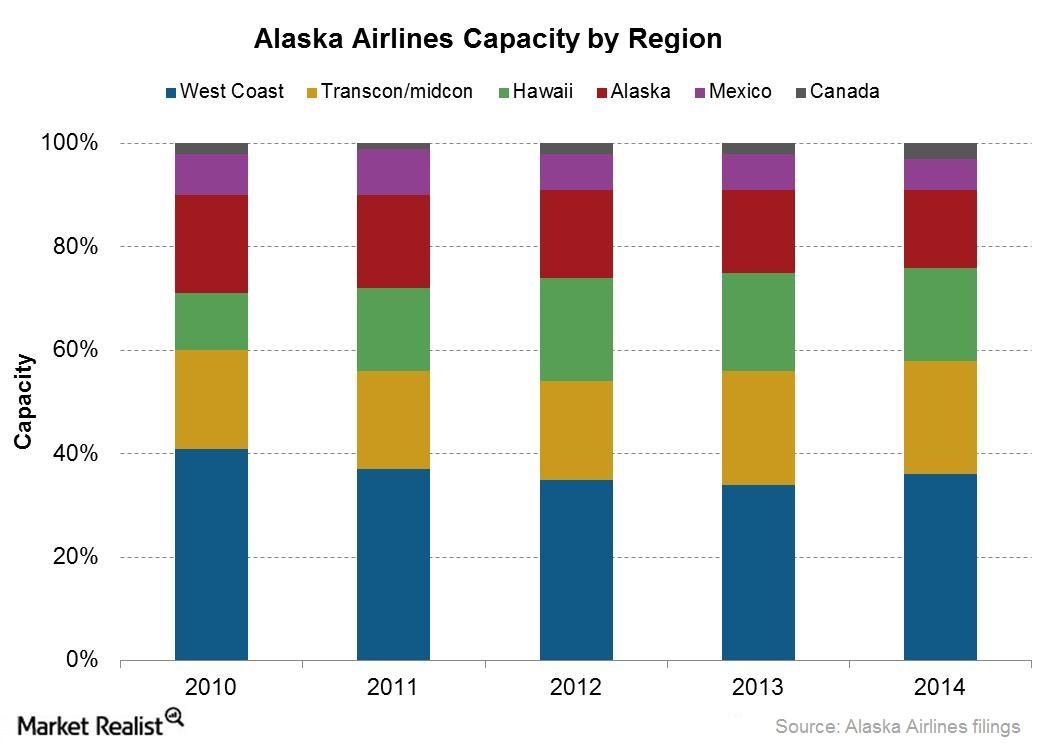 The West Coast accounted for 31% of the total capacity held by Alaska Airlines’ mainline carrier, followed by the Mid-Continent US at 25%, Hawaii at 20%, and Alaska at 16%. The mainline service saw its revenue passengers grow from 16.5 million in 2010 to 21 million in 2014, a growth of 27% in four years.

The West Coast is the airline’s dominant region, accounting for 66% of the total capacity of the regional carrier, followed by the Pacific Northwest at 19% and Canada at 8%. The regional service grew its revenue passengers from 6.8 million in 2010 to 8.3 million in 2014.