On October 8, the US stock market was mostly flat before the FOMC’s (Federal Open Market Committee) minutes were released. It rose after 2 PM following the release of the FOMC’s minutes. The SPDR S&P 500 ETF (SPY) and the Direxion Daily S&P 500 Bull 2X ETF (SPUU) rose by 0.90% and 2%, respectively, on October 8. The Direxion Daily S&P500 Bull 3X ETF (SPXL) also rose by 2.7% on the day. 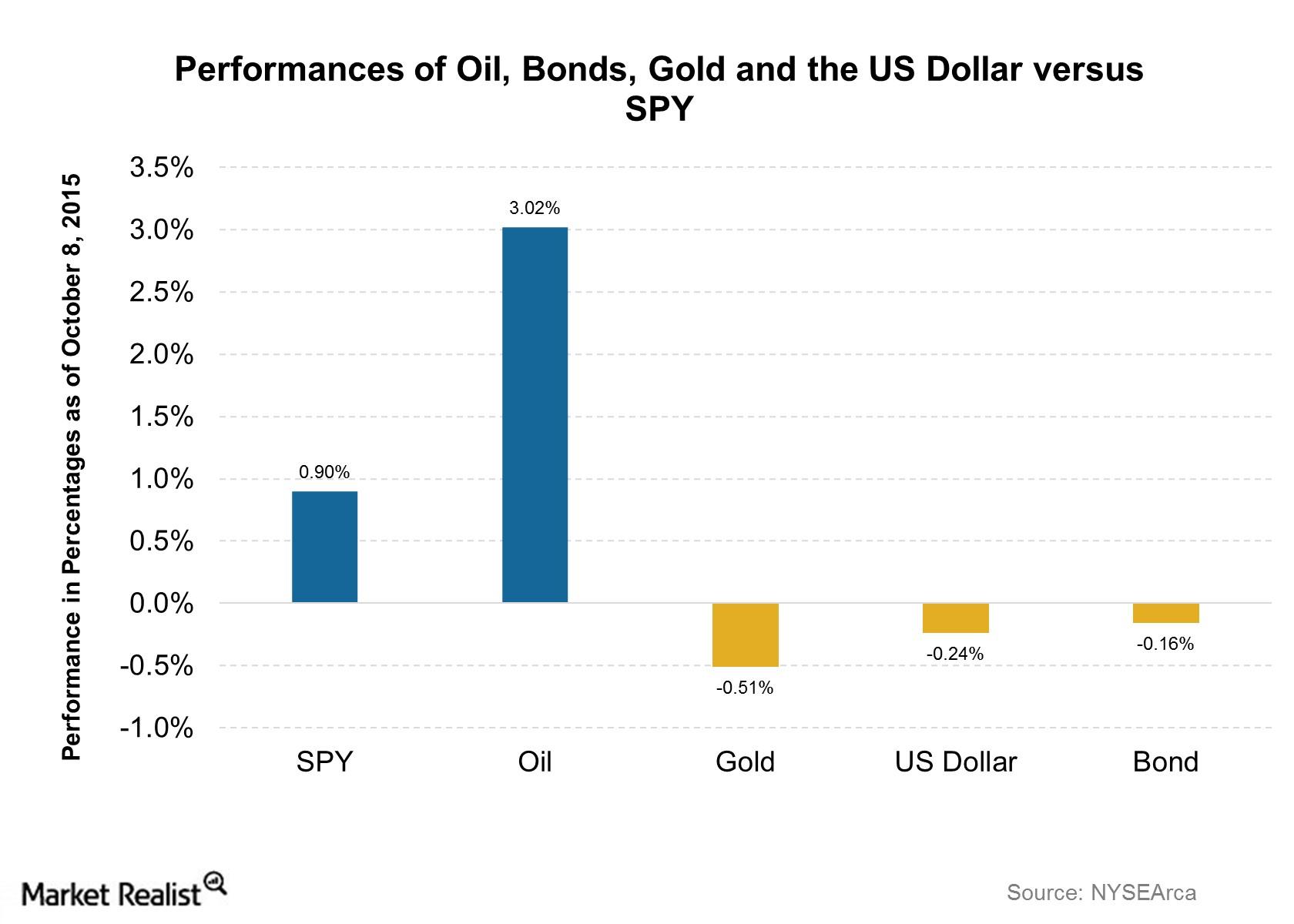 Jobless claims and the FOMC minutes

On October 8, the jobless claims report was released by the U.S. Department of Labor for the week ending October 3, 2015. According to the report, the number of jobless claims fell by 13,000 for the week. This reaffirmed improving the labor market. The jobless claims are the number of people who applied for US unemployment benefits. The report stated that the figure was the sharpest fall in the claims in the last two and a half months. The report came as a breather after the weak non-farm monthly employment report.

The FOMC minutes released in the afternoon session stated that the economic conditions in September weren’t strong enough to prompt the Fed to lift the rates. Lower oil prices and a stronger US dollar could be deterrents in achieving the Fed’s 2% inflation goal. Citing the rising downside risks to the US economy, and prioritizing the expected path of the federal funds rate more than the exact timing of the rate increase, the Fed members were dovish regarding the rate hike. This outlook towards the rate hike boosted the stock market on October 8. The PowerShares DB US Dollar Bullish ETF (UUP) fell by 0.24% after the minutes were released. The Direxion Daily 20+ Yr Treasury Bear 3X ETF (TMV) rose by 2.4% on the day.

Top stocks of the day

We’ll analyze the US market movement and the key stocks in more detail throughout this series.