As mentioned in the last article, Lululemon Athletica (LULU) reported a 15.9% increase in its top line to $453 million in 2Q16, which ended August 2, 2015. Part of the upside in sales was provided by the company’s aggressive store expansion program in new locations around the world.

The global store count for competitors Adidas (ADDYY) and Columbia Sportswear (COLM) stood at 2,846 and 95, respectively, according to their last respective quarters. 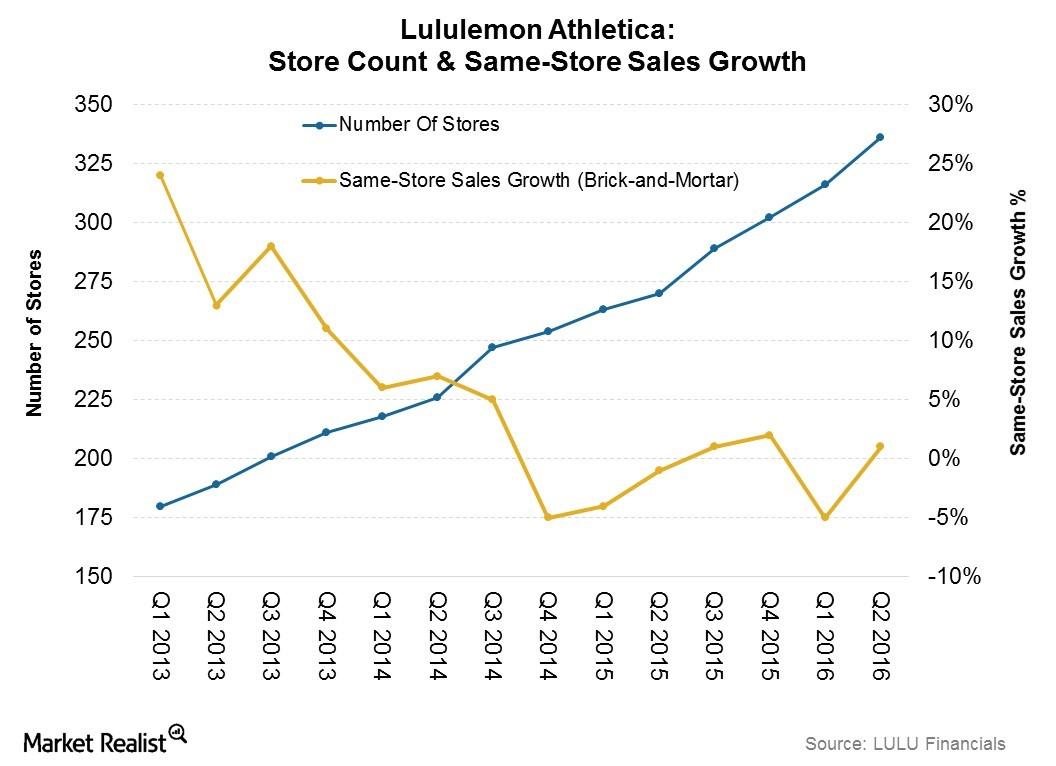 A bigger store footprint is positive for LULU. Considering the company’s product and revenue growth trajectory, this will likely prove bullish for future sales. The higher weight given to new rollouts in the United States is also one of the positives.

LULU has opened a new store in Hamburg, Germany, and is slated to open two outlets in Dubai this year, the first Middle East foray for the retailer.

However, the higher US dollar may continue to be a headwind in the near term. It may nullify the impact of increased international sales to a large extent.