The plunges in every component sector of the SPDR S&P 500 ETF (SPY) and the volatility might point towards unknown depths of the crisis in the world’s second-largest economy, China. Only 17 stocks out of the constituent 502 stocks of SPY managed to gain positive returns on September 28. US investors are baffled over the timing of the rate hike in the country and the extent of the impact that the Chinese slowdown will have on the US economy. Many US companies rely on the overseas demand for large proportions of their profits. Earnings releases are also around the corner, so investors are hoping for some good news on the corporate profits front.

The graph below shows the performances of the component sectors of the SPDR S&P 500 ETF (SPY) as of September 28, 2015. 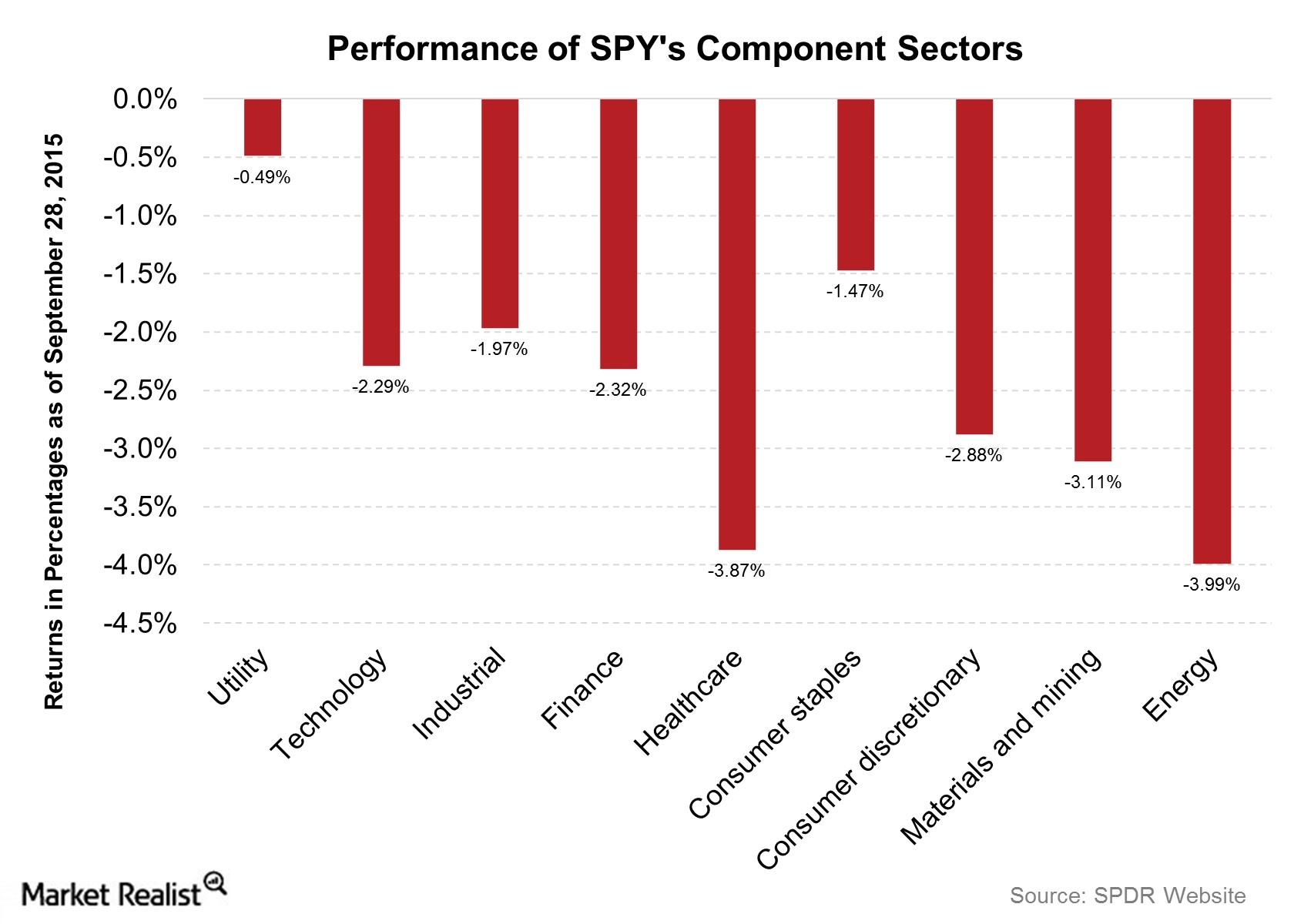 There were deep plunges in the energy sector, the healthcare sector, and the material and mining sector.

Key stocks of the day

Freeport-McMoRan (FCX), which engages in the mining of diversified metal, fell by 9.08% on the fall in the commodity prices of gold and copper. The global fears about the fall in the demand from the world’s largest metal consumer, China, has prompted a decline in mining stocks.

Volkswagen (VLKAY) continued its downward trail on September 28. The stock fell further by 6.66% on the day. The company is undergoing further investigation over its emissions scandal.

The mining stock Alcoa (AA) bucked mining stocks’ downtrend and turned out to be the biggest gainer of the day, soaring 5.73% on September 28. The company is into mining of aluminium as well as the manufacturing of plane and car parts. The company’s decision to split its traditional smelting operations of aluminium from the faster-growing business of manufacturing car and plane parts was received positively by US investors. The split-off will protect the company’s other business units from the slump in the commodities markets.

Other stocks to join Alcoa (AA) in SPY’s top three were Reynolds American (RAI) and Pepco Holdings (POM), which gained 1.00% and 0.93%, respectively, on September 28.

In the next article, we’ll look at the performance of the UK stock market on September 28.