During the recent analyst conference, the company highlighted how the prepaid segment contributed to the year-over-year (or YoY) growth in these branded smartphone users during 2Q15. 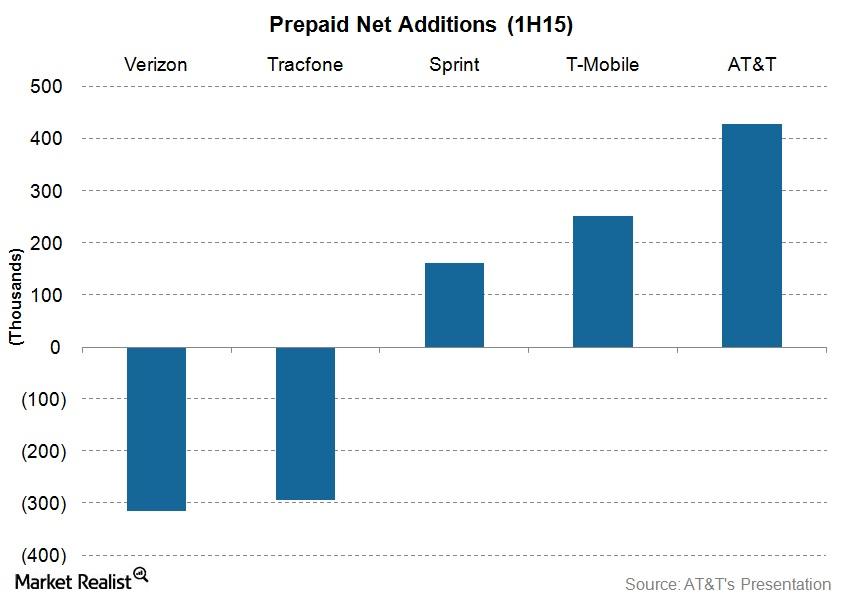 According to the company, its net prepaid customer additions in 1H15 were the highest among the key players in the US. On a net basis, AT&T’s prepaid customer additions were ~429,000 during 1H15. As we can see in the above chart, this figure was significantly higher than the net prepaid additions of Sprint (S) and T-Mobile (TMUS). Verizon (VZ) and America Movil’s (AMX) Tracfone had prepaid net losses during 1H15.