Earlier this month, Google (GOOG) announced that it will begin Android Pay’s rollout. It also plans to add additional features and more store locations and banks to make it extremely easy to pay via Android phone.

Android Pay will be compatible with all new NFC (near field communication) Android phones on networks from mobile carriers such as AT&T (T), T-Mobile, and Verizon Wireless. Payments can now be made through Android Pay at more than 1 million US retail stores that have NFC-equipped checkout terminals. 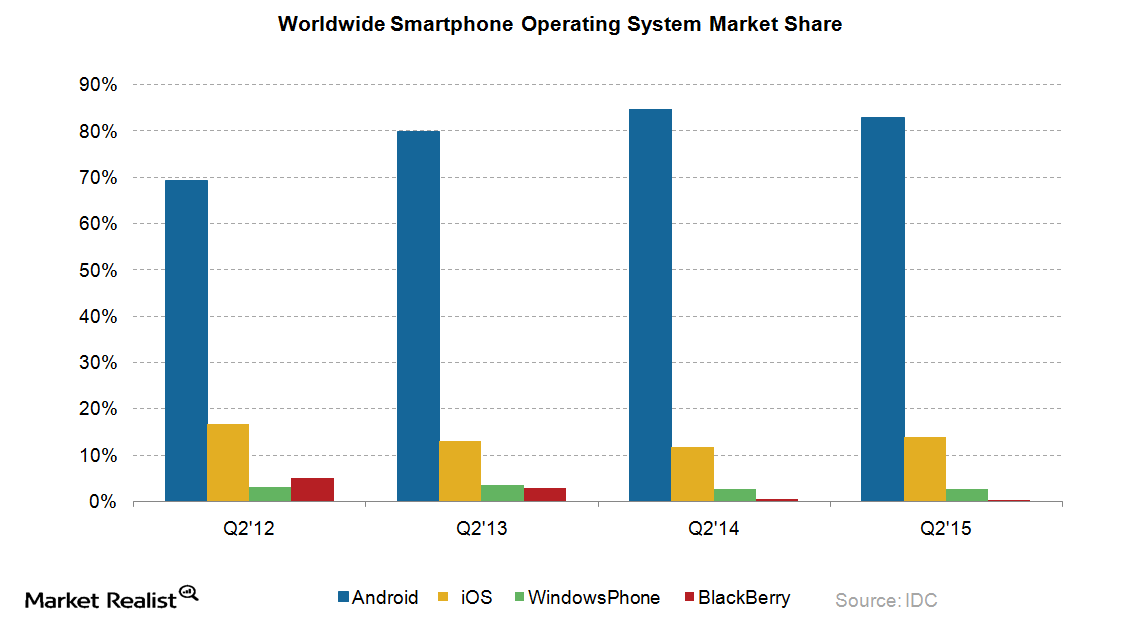 Android Pay has the potential to give Apple Pay some serious competition. Both platforms are very similar, however Android Pay offers more flexibility. Android Pay occupies a majority stake in the mobile payments market, specifically in the developing market. According to a report from IDC (International Data Corporation) and as the above chart depicts, Android dominates the smartphone operating system market with a share of around 82.8%. In comparison, shares of other platforms such as Apple’s (AAPL) iOS, Microsoft’s (MSFT) Windows Phone, and BlackBerry (BBRY) are all declining.

For diversified exposure to Google, you can invest in the Technology Select Sector SPDR ETF (XLK). It invests about 3.63% of its holdings in Google.