In the pharmaceutical subgroup, large-cap stocks outperformed mid-caps and small-caps 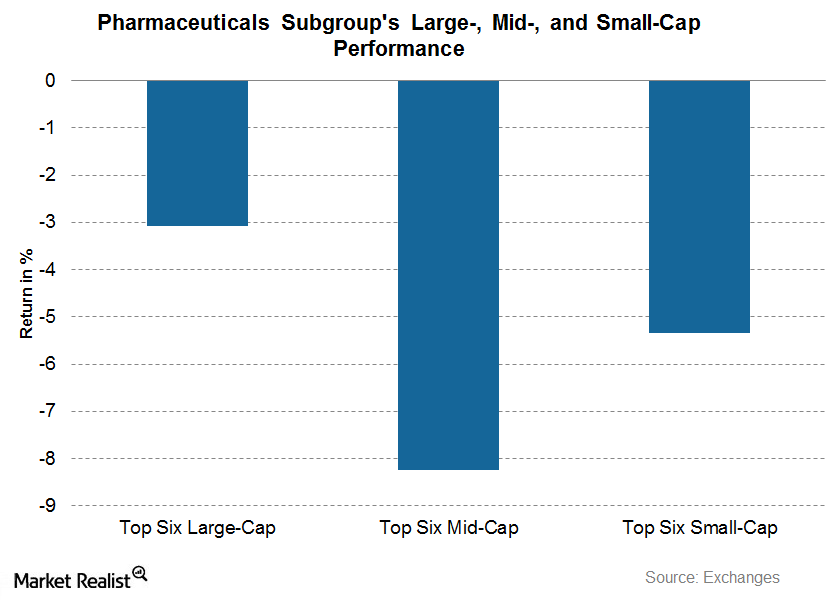 Within the large-cap space of the pharmaceutical sector, Shire (SHPG) fell 6.36% during the week ending August 7, 2015. The stock fell after its bid to take over Baxalta (BXLT) failed. BXLT rejected SHPG’s offer, sighting an unattractive price offering.

Within the mid-cap space of the pharmaceutical sector, Acadia Pharmaceuticals (ACAD) fell 19.81% after it reported a net loss of $39.4 million, down from -$21.5 million in 2Q14. Another stock dragging down the mid-cap stocks was Akorn (AKRX), which fell 6.59%, following the broader market trend.