In April 2015, the average weekly earnings for retail sector employees rose by 0.2% month-over-month, and by 2.24% over levels in April of last year. In comparison, overall private sector wages grew by 0.1% over March 2015, and by 2.18% over the last 12 months. April 2015 was the eighth consecutive month when wages for retail trade rose faster than wages for the overall private sector.

That said, the pace of wage gains for the retail sector has been slower than growth rates experienced in pre-recession times. 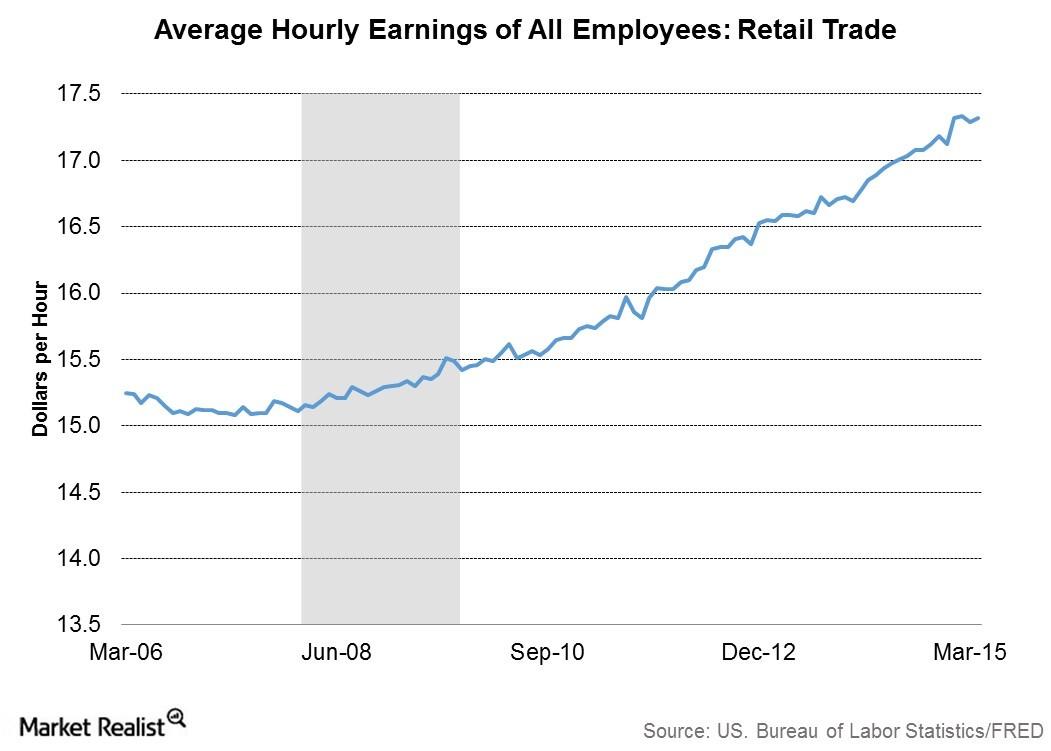 Wages for retail trade are likely to trend higher over the next 12 months as well. Walmart (WMT), the largest private sector employer in the US, announced wage raises in February 2015. Other US retailers like TJ Maxx (TJX), Target (TGT), McDonald’s (MCD), and The Gap (GPS), have also announced wage increases since.

These increases may also force other retailers to follow suit, pushing wages further up. Also, the staggered model of pacing wage increases followed by some retailers like Walmart, means that a large portion of the announced wage increases are due next year as well.

And while wage raises may adversely affect the bottom line for retailers, they’re also likely to spur spending in the medium term, particularly on food, consumer staples (XLP) (VDC), and other consumer discretionary (XLY) (RXI) items.

WMT is part of the top ten holdings in XLP and the Vanguard Consumer Staples ETF (VDC), with portfolio weights of ~7.0% and 6.3%, respectively.