Same-store sales is a key metric to assess the performance of retailers (XRT). The metric indicates the change in sales of existing stores, excluding the impact of stores opened and closed during a certain period. The Johnson Redbook Index and the Retail Economist-Goldman Sachs Weekly Chain Store Sales Index are two key retail sales indices that measure same-store sales on a weekly basis. 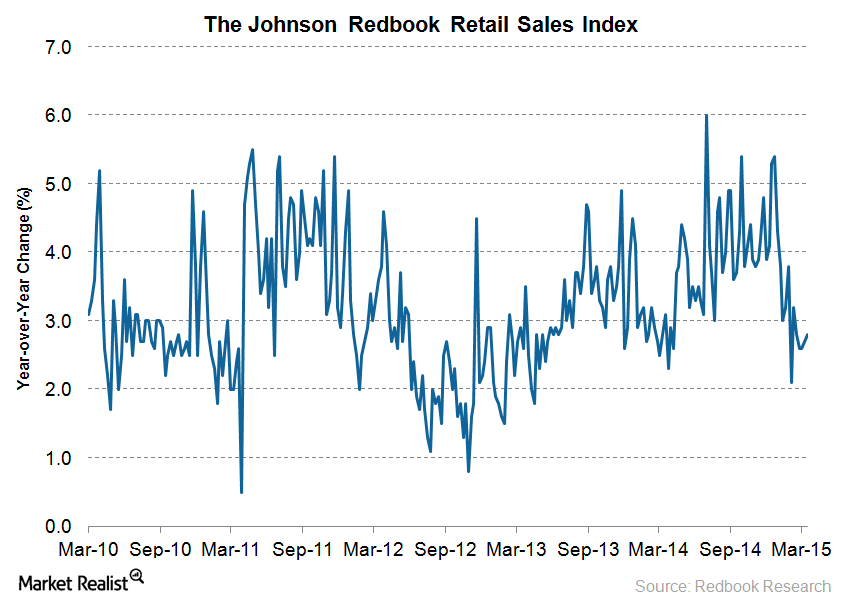 The Johnson Redbook Index, released by Redbook Research, tracks retailers across six categories: apparel specialty, department, discount, furniture, drug, and miscellaneous. The latest release for the week ended March 21, 2015, reported a 2.8% rise in same-store sales compared to the same week in the prior year. Also, same-store sales were up 1.1% in the first three weeks of March from the comparable period in February 2015, according to the Index.

Redbook expects March sales to rise by 2.9% compared to the corresponding month of the prior year and to be up 1.3% compared to February 2015 due to the upcoming Easter season. This may positively impact companies in the consumer and retail sector like Macy’s (M), Dillard’s (DDS), Walmart (WMT), Target (TGT), as well as the iShares Core S&P 500 ETF (IVV). The IVV ETF invests about 12.6% in the consumer discretionary sector. 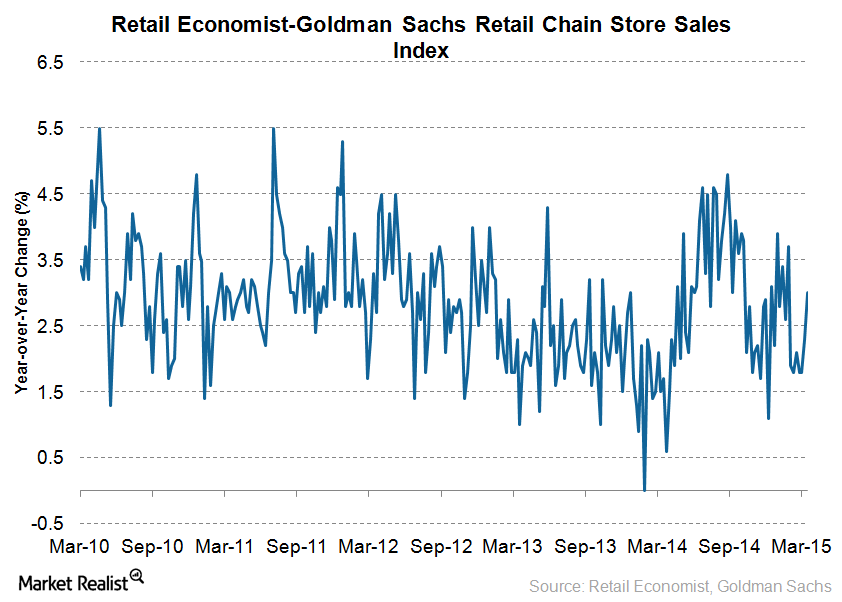 According to Michael P. Niemira, chief economist of the Retail Economist, warmer temperatures will be vital for boosting apparel demand in the upcoming Easter season.

Retail sales are highly dependent on the employment levels in the economy, which we’ll discuss in the next article.