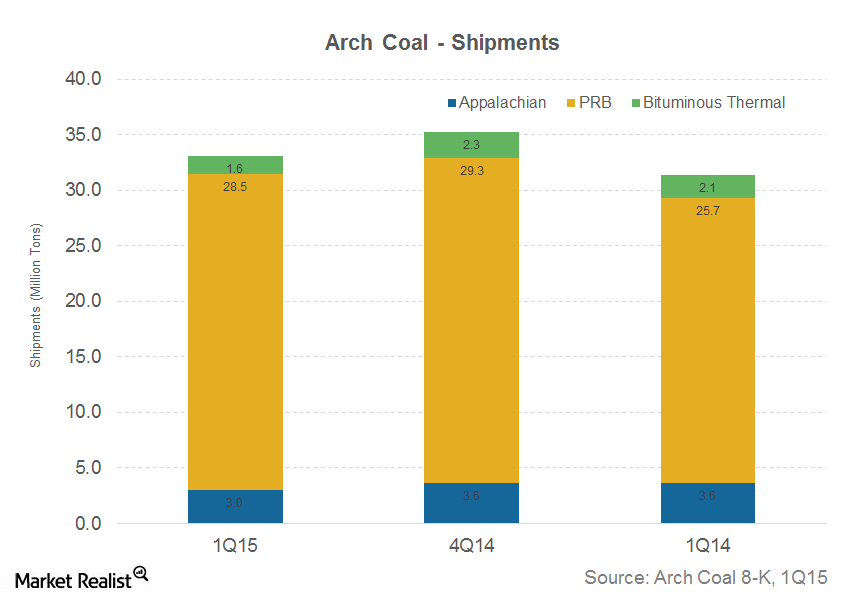 However, the average selling price per ton increased to $33.42 from $31.22 in 4Q14. The segment reported revenues of $53.5 million. Natural Resource Partners (NRP) and Alliance Resource Partners (ARLP) also operate in the Illinois Basin.