In the previous part, we saw how lower copper prices negatively impact Freeport-McMoRan (FCX). Over the last couple of years, Freeport has become a major energy producer and thus impacted by lower energy prices. 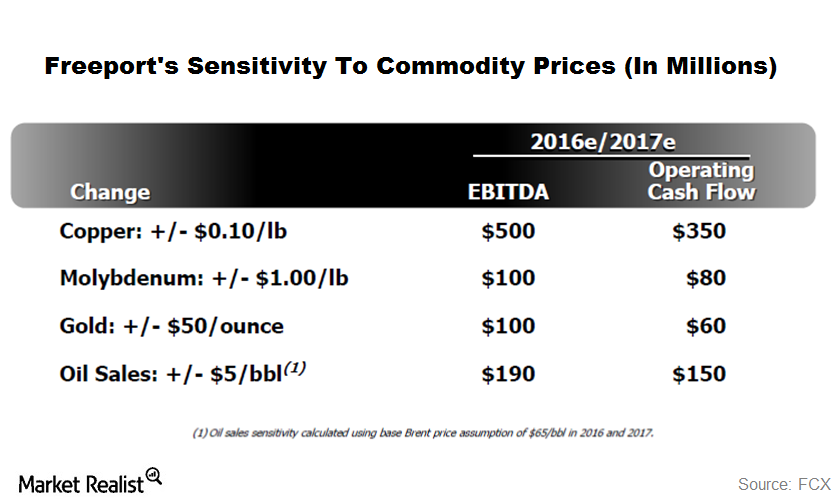 The above chart shows Freeport’s sensitivity to movement in prices of various commodities. Note that these are expected figures for 2015 and 2016.

Freeport’s EBITDA is negatively impacted by $100 million for every $50 per ounce fall in gold prices. As we’ve already seen, Freeport produces gold from its mine in Indonesia. Gold prices have been quite volatile over the last few quarters. You can read more about the latest indicators of gold prices in our series What to watch for before investing in gold.