Until 2010, the Walter Energy’s (WLT) operations were concentrated in the US. The company sold 8.6 million tons of met coal in 2010 at an average price of $163 per ton on average. The company also sold 434 thousand tons of coke, which is used in steel making, at an average price of $372 per ton. In all, the company generated revenues of $1.59 billion and clocked net income of $141 million. Its free cash flows were positive at $416.7 million

Walter Energy’s balance sheet showed debt of $168.5 million—much less than its cash and cash equivalents of $293.4 million. In short, the company’s net debt was zero! 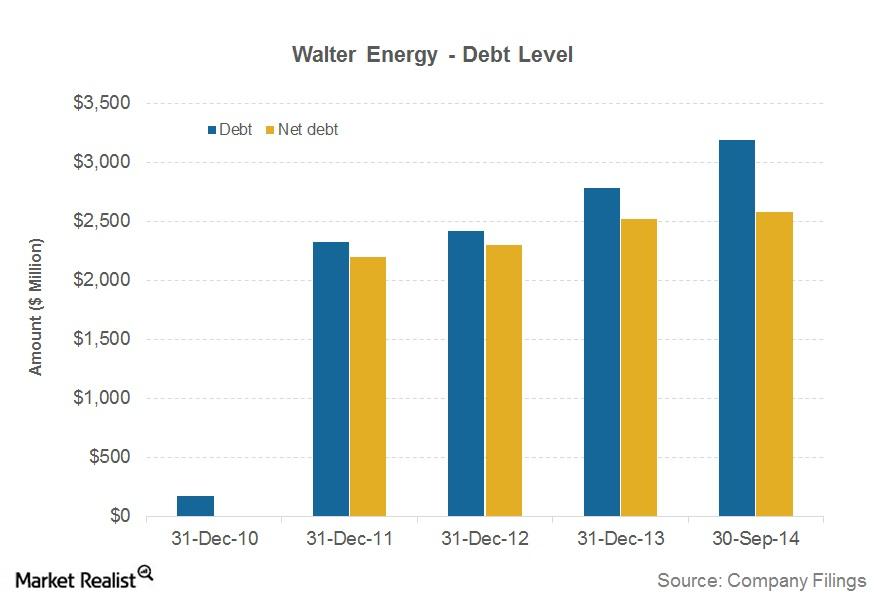 On completion of the acquisition, Walter Energy’s then-president, Michael Tokarz, said, “We have truly transformed Walter Energy once again.” Since Western Coal’s mines are located nearer to Canadian ports on the West Coast, Walter Energy expected to benefit from logistical advantage over peers (KOL) in moving met coal to steel-hungry Asia. The company borrowed $2.35 billion in April 2011, primarily to fund the acquisition.

The continued fall in met coal prices soon made some of the operations uneconomical. The company started burning cash and borrowing more to stay alive. At the end of 3Q 2014, the company had debt of $3.2 billion (net debt of over $2.5 billion) and was still burning cash. All its acquired Canadian mines are idled. They’re uneconomical at current prices.

In short, the acquisition “transformed” Walter Energy into a highly leveraged cash-burning company.

Let’s look at Alpha Natural Resources in the next part of this series.