Grain is a commodity that is carried mostly by Panamax and Supermax vessels. According to Clarksons, world grain exports are expected to increase by 3% this crop season versus 2013 levels. 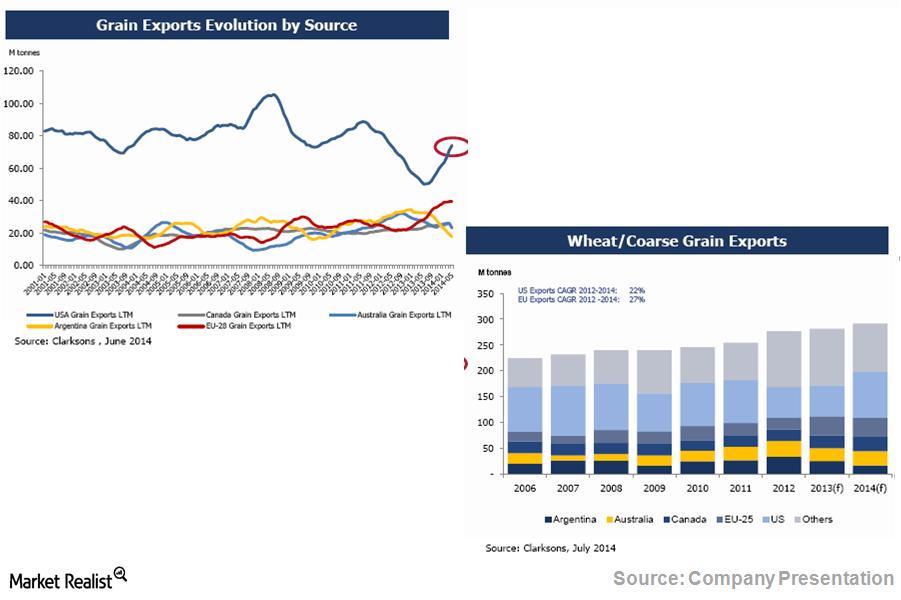 During the second half of 2014, Star Bulk Carrier Corp (SBLK) might experience a combination of healthy U.S. exports, delayed South American exports, and possibly the last of Ukrainian (resin) exports ahead of a potential political tension escalation. If the estimated scenario is correct, the Panamax and Supermax will enjoy increased exports during the same period and thereby significantly boost vessel demand.