EBITDA margin on the rise

Exelon Corporation’s (EXC) EBITDA (earnings before income taxes, depreciation, and amortization) margin for 3Q 2014 was 33.7%. This is the highest EBITDA margin that Exelon has achieved in 11 quarters. Exelon’s EBITDA for the third quarter was $2.3 billion based on revenues of $6.9 billion. 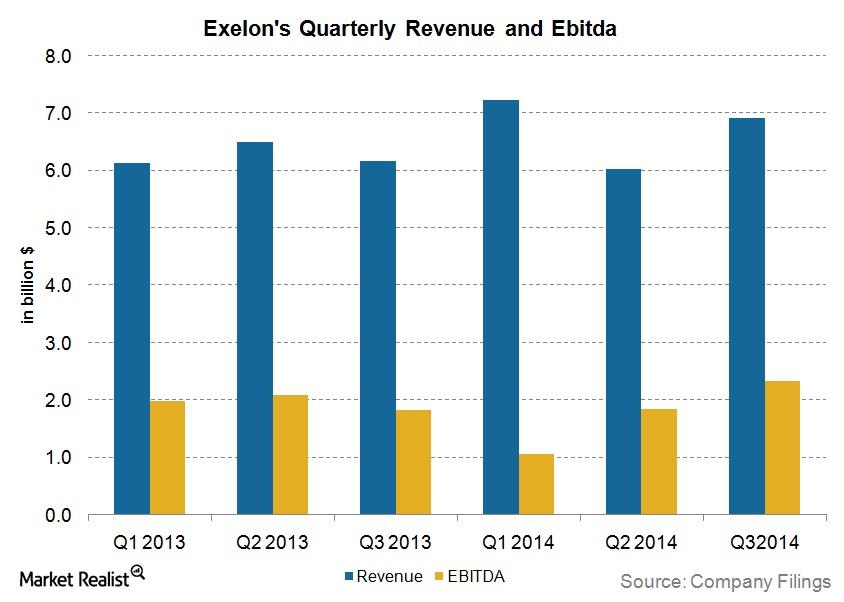 In the last two years, Exelon has looked to strengthen its utility division via acquisitions. For example, in 2012, Exelon merged with Constellation, adding 1.2 million utility customers. As the synergies of the merger are realized, EBITDA margins are getting healthier.